How could I start the new year any other way than remembering back to the Friends of King Alfred Buses rally of yesteryear. I write this before the actual day, so am not sure whether I actually made it to 2012's rally, but time will tell! I return to 2004, and the rally where Provincial's A301KJT made it's debut in service... 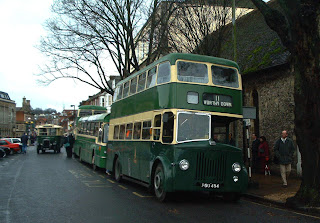 First up, here is a line up of King Alfred livered buses, photographed in Winchester city centre in the Broadway. I am not an expert on buses pre-1990, so I cannot tell you what they are. We have POU494 leading with a service for Worthy Down. 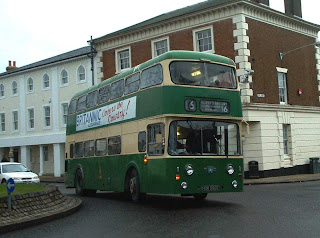 Here's another King Alfred livered bus - this time HOR592E, a Leyland Atlantean that I believe once saw service with People's Provincial. It is pictured on one of the free tours to Oliver's Battery. 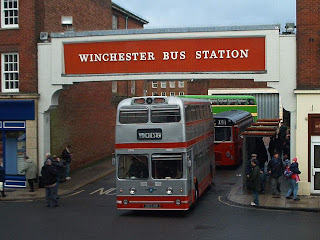 Another Leyland Atlantean, this time Silver Star livered 1013MW, pictured leaving Winchester bus station. Since this photo was taken, the lettering has been removed from the famous arch, although the planned redevelopment has not happened. 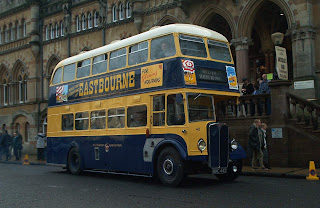 Another fantastic bus - this time Eastbourne Corporation livered AHC442 pictured along the Broadway in Winchester city centre. I managed to get to Winchester for 2005 (although I can't find the photos), but haven't been back since... 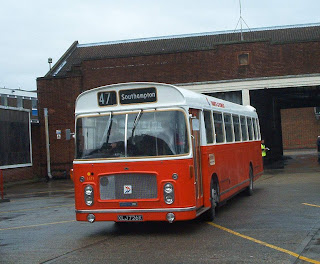 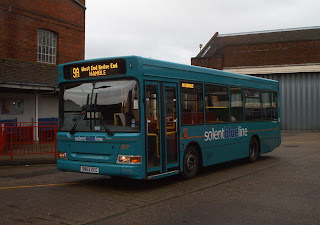 Sunday buses from Winchester to Hamble! Yes, they really did happen! One of Solent Blue Line's then brand new Transbus MPDs - 577 (SN03ECC) heads along a route which is now the Baby BlueStar E1, Velvet A and Brijan 15... the bus is now with Wilts & Dorset. 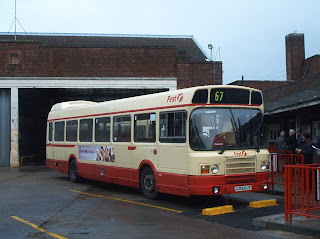 And finally, here is First Provincial livered 401 (A301KJT) making her operational debut at a rally. 401 had recently been taken out of service by First Hampshire, and was purchased fresh from service. She is blinded for the 67, which I assume headed in the direction of Alresford and Petersfield.
I wish all of my readers a very prosperous new year, and if you attended Winchester 2012, I hope you had a fantastic day.
Posted by bus80d at 11:00