Memories of the Cornish VR...

Unfortunately, my memories of the Western National VR are limited. I only started following buses around 2001, and was not in any position to photograph any of them until 2003. Luckily, in 2005, I did get to deep Cornwall, and get the VRs on camera during their last big year of service. As one commenter recently said on Sunday Lost Scenes, I also agree that the Bristol VR is one of the all time best buses. 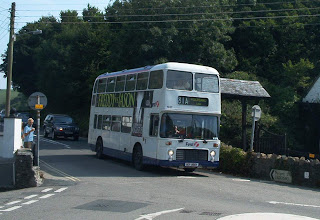 Where else to start but at the first photo! First Western National 1237 (BEP966V) arrives in Polperro on an 81A from Plymouth. This bus wore the "interim" version of Barbie 2 without the fades.

It has been years since any First double decker last reached Polperro, and this summer, for the first time, First have pulled out of the Polperro route altogether, leaving it to Western Greyhound and other services. 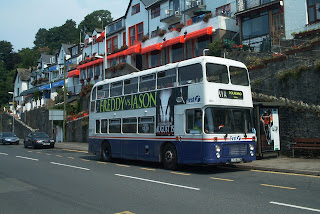 My second shot quickly followed. 22 year old 1201 (LFJ845W) looks spectacular as it loads passengers in Looe. Both of these shots were taken on 5th August 2003... it would be good if we could have similar weather this year! 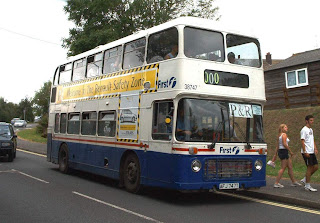 Fast forward a year, and we have this most unexpected pleasure in Padstow. Back in 2004, the internet was developing but still didn't have things on it such as the Padstow Park & Ride route. As this roared down the hill, I was very excited. First had pulled out of Padstow the year before with the 55 moving to Western Greyhound as the 555. The bus photographed is First Devon & Cornwall 38747 (AFJ747T), new as fleet number 1145 in January 1983. 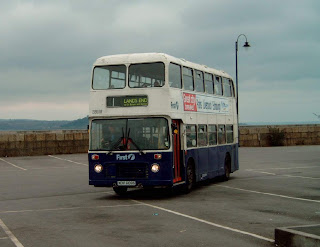 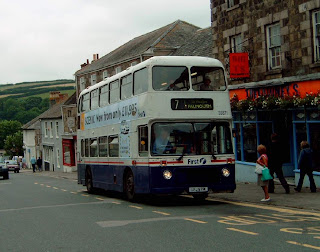 Wearing First's white and blue Western National livery, here is 38871 (LFJ871W) in Helston. New in March 1981, this makes this bus 24 and a half years old in this photo. I remember 38871 being one of the smartest in Devon & Cornwall during my visit, and I photographed it on 4 separate days. 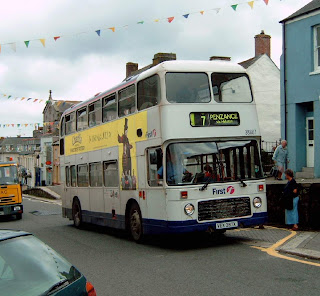 Another very smart VR is this former First Eastern Counties example. 38887 (VEX287X) was fleet number 1309 before the national numbers came in. Unfortunately (or fortunately, depending on your viewpoint), It never did receive finished Barbie 2 livery. Pictured in a small town called Penryn, just north of Falmouth. 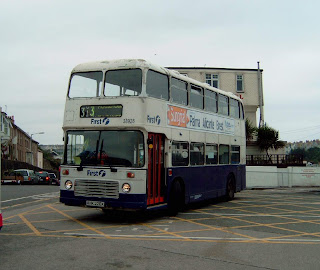 The award for the scruffiest VR went to 38928 (XHK228X) during my visit. She is pictured here in St Ives bus station, having just arrived on a seasonal service. It wears Western National livery minus the tickets, but has a Barbie front panel. For the service these buses put in, I felt that there was a complete lack of respect for the presentation of the buses towards the end of their service life. I suppose the problem was that the management kept expecting their withdrawal... although nothing better was on offer at the time! 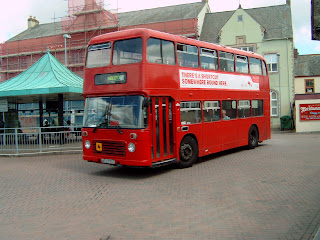 Today, luckily a number have survived and are in preservation. Times move on, and I'm sure there are some enthusiasts (and management!) out there who are surprised how long the Cornish VR did remain in service for. Regardless, I'm glad they lasted as long as they did and allowed me a chance to grow up and get some photos of them. If you would like to see any more of my Western National VR piccies, please click here.