And Then There Was One...

In September 2008, First Hants & Dorset acquired 5 Volvo B10M with Alexander PS bodywork from First in Sheffield for use at Hoeford depot. They were transferred as Leyland Lynx replacements, and were the first of the type to be allocated at Hoeford depot. 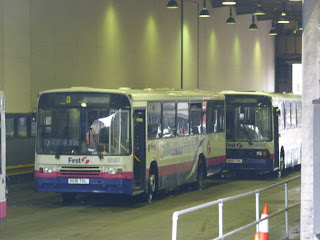 I managed to get what I believe were the first photos of the Volvo B10Ms in Hampshire - here 60523 (H681THL) in the foreground and 60529 (H687THL) are parked in Portswood depot having just been transferred south. 60523 was withdrawn earlier on this year; 60529 is the only one to remain in service. 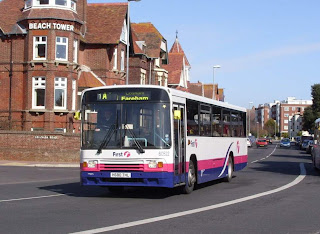 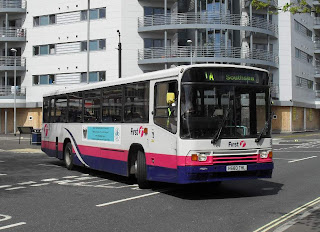 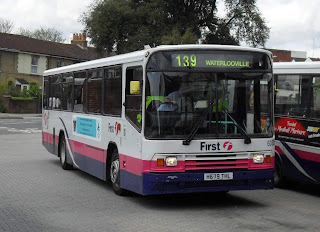 60521 (H679THL) is numerically the first example that saw service in Hampshire. 60521 is seen on the 139 from Fareham to Waterlooville - a run that used to often be Volvo B10M operated as it ended up on the route 145 school service. 60521 was the first Volvo B10M withdrawn, back in August last year. 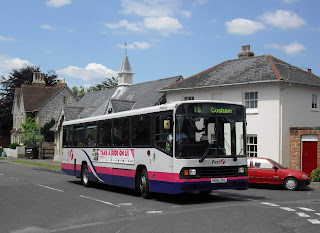 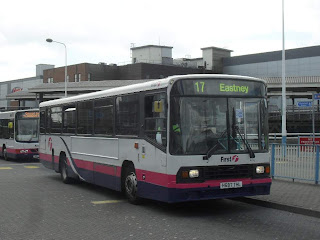 And the last one remaining in service... 60529. I don't know how long it will remain in service - possibly until the MOT expires, which means it is likely to go in 2011. You can still find the Volvo B10Ms on their regular routes - the 1, 17, 18 and 145 - so they would be my best bets if anyone wants any eleventh-hour photographs. So far, the Volvo B10Ms are being replaced internally by Volvo Olympians displaced off of lost contracts (Network Rail) or transferred from Southampton (34033).
It will be sad to see these go - BUT - two more are already in Hoeford, being prepared for service, from First Glasgow as late replacements/additions to the fleet from First Glasgow. They are 61397 (N129OGG) and 41472 (N984LSU)... we wait to see when they enter service in anticipation!
Posted by bus80d at 16:00