The end of the Manchester Darts

In summer 2007, three Northern Counties bodied Dennis Darts were acquired from First Manchester as Volvo B10BLE replacements. As of last week, the last was withdrawn from Hoeford, meaning the end of another type of Dart with First H&D. 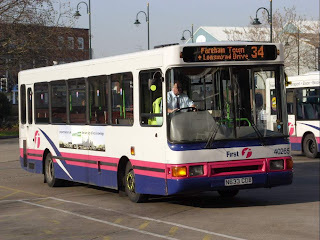 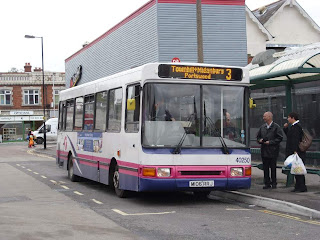 40250 spent a small amount of time at Hoeford before moving onto Portswood depot. It a couple of years in service in Southampton, mainly found on routes 3, 7, 11 and 12. The last time I photographed it was on route 7 last Autumn. 40250 went on to contract duties toward the end of its life at FHD, before being withdrawn a few months ago. 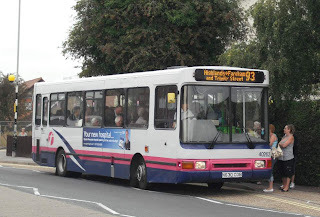 40262 was the last Northern Counties bodied Dart left at Hoeford, until it was withdrawn last week. It was used on a lot of the "small Dart" routes, and I frequently found it on routes 34, 80, 87, 88 and the Highlands routes. We aren't sure what will replace this yet - I'll let you know when we find out.
Although they were fairly old and step entry, from an enthusiast's point of view they added interest when photographing around the Hoeford network because of their rarity. Even if they may not have served passengers' interests best, I'm certainly glad they came down to Hampshire in the latter years of their life.
[Apologies for the lack of updates recently - thank you for your continued support.]
Posted by bus80d at 12:45