The April sun took me to Worthing for the first time in my life on Tuesday, where I had a very successful 4 hours or so photographing buses. Worthing is served by the previously discussed Metrobus operations on route 23, a few Compass Bus services, and the main service provider, Stagecoach South. 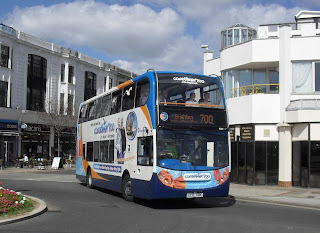 The 700 operates at every 10 minutes in each direction in Worthing, with journeys from Brighton to Arundel (2 an hour), Chichester (4 an hour) - two of which extend to Southsea (2 an hour). The Southsea - Brighton journeys are operated by one-year-old Scania N230UD double deckers with appropriate branding, as illustrated here by 15601 (GX10HBK), turning out of South St onto Marine Parade. 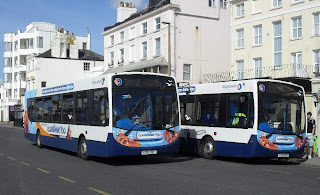 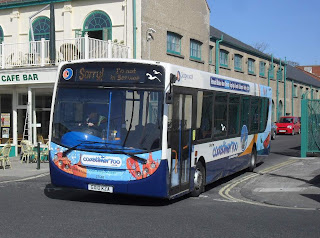 The Arundel and short Chichester workings are operated using Enviro300 single deckers - again with a single deck version of the Coastliner 700 branding. I found a large amount of bunching - it was common to have at least 2 700 buses turn up at once, and a couple of times we had all three. Still, the frequency means the wait isn't too long even if the buses do bunch. Pictured in the first photo are 27643 (GX10HBY) on the left and 27663 (GX10KZR) on the right. My second photo illustrates 27648 (GX10KZA) heading out of Worthing depot onto Marine Parade out of service. 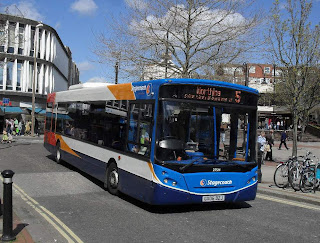 I found a couple of the former Winchester based Enviro300 single deckers out in service - here is 27514 (GX06DZJ). These ones had the original Enviro300 bodywork and therefore seem to have a touch of class about them. Pictured arriving in Worthing town centre on route 5. 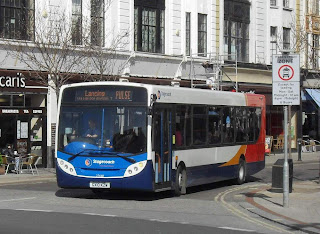 There are a number of unbranded Enviro300 single deckers used on Pulseline and 700 duties when there are not enough branded buses available. Here is one such example - 27668 (GX10KZW) heads out of South St onto Marine Parade as it works one of the high-frequency Pulse journeys. 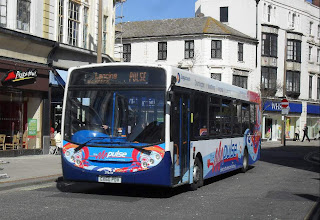 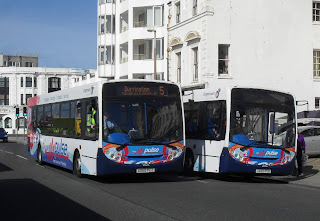 The Worthing Pulseline received new Enviro300s at the same time as the 700 last year. These carry branding on an adapted version of the Stagecoach livery. I personally quite like the branding but I think that may be because it is a bit of a novelty for me. Here are three of the Pulseline Enviros - in the first image we have 27678 (GX60PDV) heading for Worthing seafront and then Lancing. The second image shows 27674 (GX60PCZ) heading back to the depot having previously worked off route on route 5, passing 27676 (GX60PDO) as it picks up passengers for Lancing. 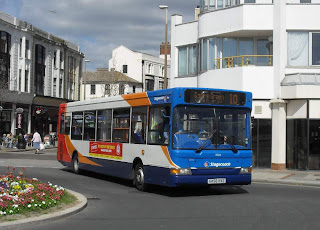 The youngest ADL Dart SLFs were retained by Worthing following the arrival of the Enviro300s, and these now operate the majority of the other high frequency town routes. Here is 35122 (GX56KVZ) as it heads around the roundabout on Marine Parade, ready to take on its next duty - a route 10 to Goring Green. 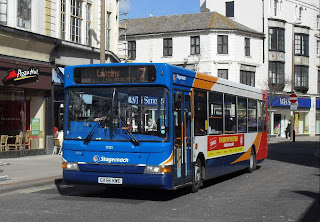 Finally for this evening, here is sister vehicle 35125 (GX56KWC). 35125 is passing through South St, heading for Lancing on route 7. Together with these Darts, Worthing retains a number of its native ALX200 bodied examples as well following 2010's changes.
Thanks for viewing.
Posted by bus80d at 20:50