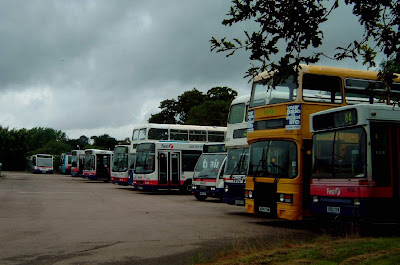 So from all of the fleet posted above, a view taken eight years ago, no buses are in service in Falmouth, and only one remains in the First Devon & Cornwall fleet...
Posted by bus80d at 13:00