Southern Vectis will take over routes from the former Wightbus network from 5th September, which will see SV take on a lot of routes they previously have operated in some form. 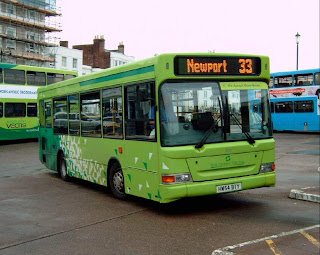 
Southern Vectis have operated some of these routes in the past although a couple are new to me such as this form of the 24 and 34. The routes are being taken over as a cost-cutting measure for Isle of Wight council, although I don't know the specific details of the deal. Pictured to above is MPD 304 (HW54BTY) pictured leaving Ryde for Newport on the old route 33, photographed on 22nd July 2006. 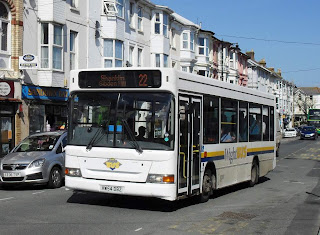 Southern Vectis have also bought Wightbus' fleet of low floor Darts following service changes, such as HW54DBZ. The initial plan from SV is to use two of these on route 6, and the rest on SEN school services. Further Solos have also been acquired from Wilts & Dorset, bringing the latest total to 7 as far as I know (8 if you count R601NFX which is being used for spares). 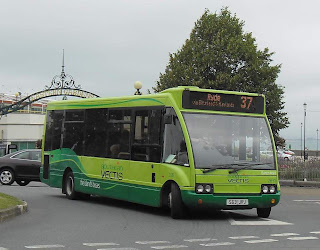 Which brings me nicely onto my next image - Solo 2631 (S631JRU). Following changes to improve route 8's reliability, route 37 (Ryde - Haylands & Binstead circular) is to be operated as a stand alone route using a Solo, which will bring the type's regular use on service routes to Ryde for the first time.


New photography opportunities to come very soon on the island, then.
Posted by bus80d at 11:05