Another instalment from the south coast, documenting the strange buses temporarily operating Stagecoach routes around Portsmouth, Chichester and Worthing. 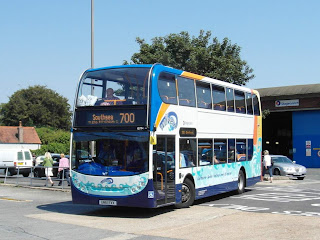 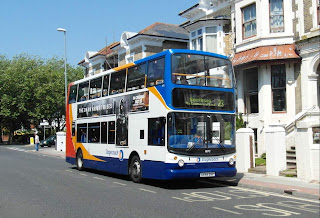 A number of new Tridents have been acquired by Portsmouth depot for the 23. 18172 (GX54DVP) was new to East Kent and has since operated from Eastbourne. It is pictured in Clarendon Road, Southsea, heading for South Parade Pier on route 23. 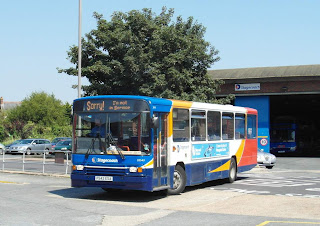 A number of P-reg Volvo B10Ms have been resurrected from the reserve fleet over the Olympics. Chichester seem to be the temporary home of many of them, including  20543 (P543ESA) entering the bus station out of service. 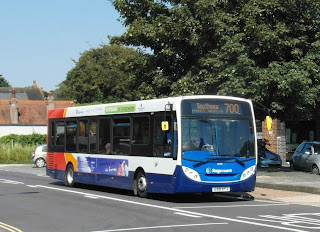 A number of Aldershot's nearly new Enviro200s have gone on loan to Worthing. This is covering Worthing's own Coastliner and Pulse Enviro300s spending the summer in London. 36431 (GX61AYJ) is pictured in Chichester, surprisingly on a Brighton - Southsea route 700 working. 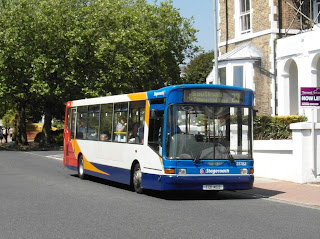 A little bit of Stagecoach Devon in Hampshire here. Dart SLF 33782 (T131MGB) is also pictured along Clarendon Road in Southsea. This batch of Darts once operated in yellow for the Exeter Park and Ride. 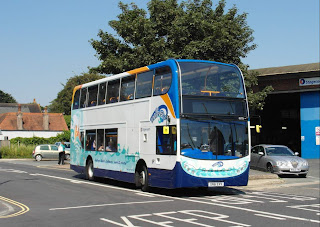 Another Wave 99 branded Scania - this time 15772 (GX61EVV). These Scanias are actually a year and a half younger than the usual Coastliner700 Enviro400s that operate the route. 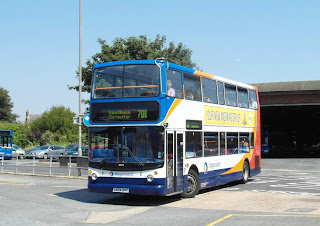 Finally for today, another of the former East Kent Tridents in service along the south coast. 18174 (GX54DVT) is pictured entering Chichester bus station on a 700 for Southsea.

I must say, from an enthusiast's point of view, it is certainly interesting having a nearly entirely new Stagecoach fleet operating routes 23 and 700 into Portsmouth. I haven't even found any of the ex-Oxford Darts or Enviro300s yet, or the Hull Enviro300s. Olympic Interlopers will hopefully have many future entries...