Due to other commitments there is going to be a lack of new photographic material on this blog for at least two weeks, so I thought I'd begin the year by revisiting my trip with the Provincial society to Hoeford depot, back in Summer 2005. 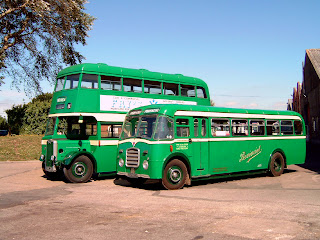 We travelled up to Hoeford on CG9607 from the Stokes Bay rally site, meeting EHO228 at the depot. It was a fantastic and sunny Sunday afternoon ramble around Hoeford, which had opened its doors to enthusiasts on designated trips for the first time since People's Provincial days. 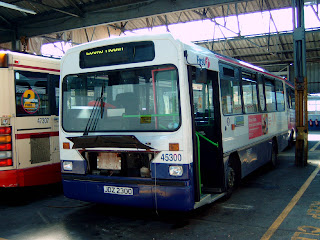 I seem to remember we went inside the old sheds first, to see the buses stored inside being worked on. Pictured to the right is former First Hants & Dorset Dart 45300 (JDZ2300) - the original Wright bodied Dart in London. UVG bodied 47307 is to the left, and is still in service today. 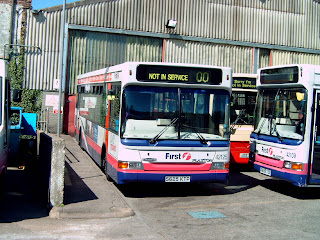 Stepping outside, we circled the depot in an anticlockwise direction the majority of the eastern side were Dennis Darts of a variety of types. This photo illustrates 42125 (S625KTP), then with Red Line 1/1A/1C branding, next to 42109 and 45394. 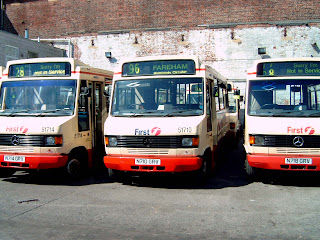 Minibuses were parked at the rear of the depot, facing south. They were double parked in this tight formation, illustrated by this photo by about 5 visible examples (further buses were to the left). Now only four Mercedes-Benz 709D operate from Hoeford - 51710 (N710GRV) - the centre bus here, is now at Hilsea. 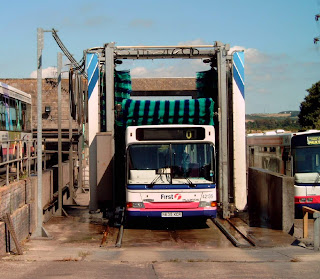 We put 42135 (S635XCR) through the bus wash to see it in use - its more or less the same one as used in People's Provincial days. The snow recently has caused water in the bus wash to freeze, causing issues with the appearance of various buses. Hopefully they'll be gleaming again when the temperature rises. 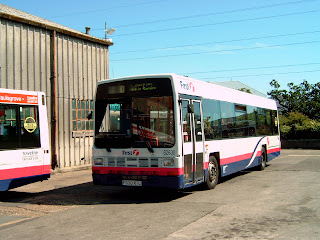 Finally pictured is one of Hoeford's then five Leyland Lynx. This example is 62630 (F630RTC), which was kindly moved into a photographable position for us visitors. 62630 had freshly been repainted in August 2005, and was to see a good few more years service before being withdrawn a few years later.
Thanks for viewing. Any comments/further observations from society members are welcome.
Posted by bus80d at 22:13