It divides opinion from bus enthusiast, near and far. Some vehicles carry it, while others seem to strangely miss its treatment. It identifies a vehicle as having been painted at First Hants & Dorset's old Portswood depot. I'm of course referring to the black paint that some First Hants & Dorset buses carry having been treated to a new repaint in Portswood depot. Here are a selection of the finest variety of repaints on offer... 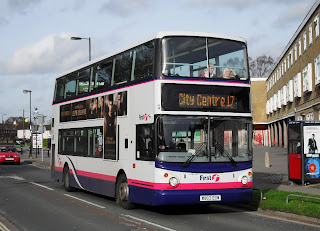 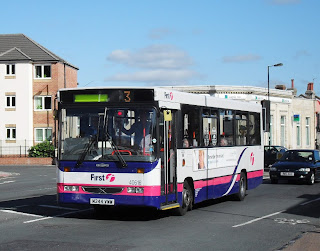 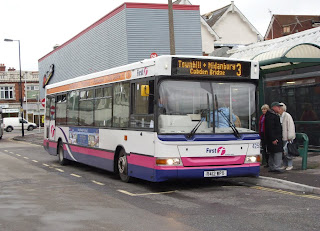 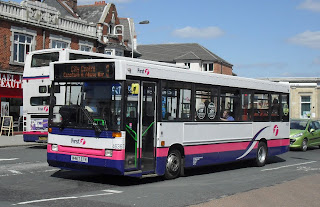 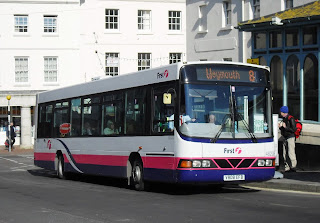 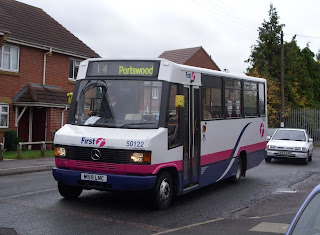 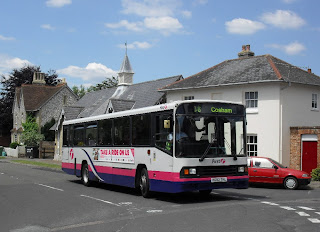 Finally, Volvo B10M 60524 - H682THL
It will be interesting to see if the extra black continues now the depot switch to Empress Road has been made. Certainly, opinion is divided but I personally quite like most versions, although it suits certain types of buses more than others. After First introduced their livery nationwide removing local liveries, it is also satisfying to have some sort of local identity.
Posted by bus80d at 20:07