As a bus enthusiast, one will always have fond routes that have either some historical or unique-individual importance to themselves. One such route for myself is First Hants & Dorset's route 16, from Southampton to Hamble. This route was the main way for me to photograph First Southampton buses when I was younger, involving a short hop to Hamble. These are a number of my photographs from Hamble over the years, which illustrate how route 16 has changed in 8 years worth of photography... 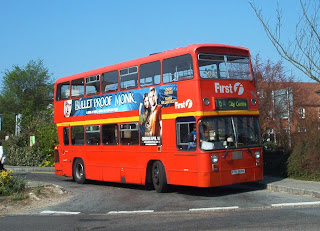 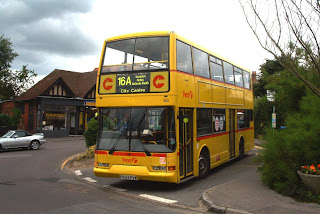 Replacing the Atlanteans were Dennis Arrows - which became the main vehicle type allocated to the 16/16A. Arrows wore a variety of liveries at Southampton, but most remained in either Capital Citybus Yellow or First London Red. Here demonstrating the former, is 553 (P424PVW), which has since been transferred up to Manchester. Pictured in June 2003. 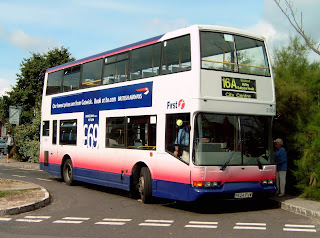 Arrows increasingly were painted into corporate livery - first into Barbie 2 as illustrated here - and three even made it into the universal First livery. Having now also received a national fleet number, here is P424PVW again, now numbered 31924. Pictured in August 2004. 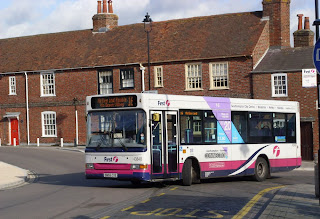 Summer 2005 saw the introduction of a 20minute frequency on the 16 and the arrival of 4 Dart MPDs specifically allocated to the service, purchased with funding from Eastleigh Borough Council. Here is 43848 (SN55CXE) down at the redesigned Hamble bus terminus- now on the opposite side of Hamble Lane. As can be seen by the image, these buses also carried branding for the 16. The 4 MPDs are now in service with First Essex. 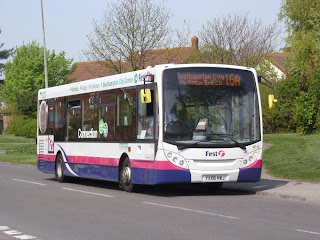 2009 saw further investment, with 4 ADL Enviro200s replacing the MPDs. These Enviros were the first type of this bus in service with First Hants & Dorset. Here is 44510 (YX58HWJ) pictured in Hamble Lane, pictured on the new 16A variety of the route. 16A journeys continued to Hedge End at Hamble, replacing BlueStar's Red Rocket route A. Both of First's MPD and Enviro200 are available in Creative Master model form.
Posted by bus80d at 15:47