With many of Hoeford's Darts about to be withdrawn in the next couple of weeks, I thought this week's Sunday Lost Scenes would look at a few images of those Darts in service. 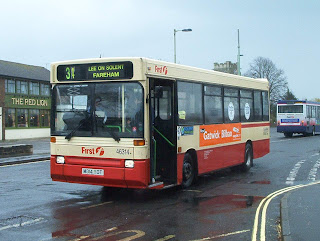 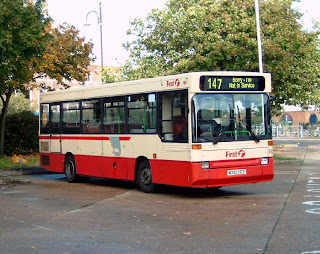 46321 (M321YOT) - Gosport bus station in October 2005 - sold into preservation and later entered service with Xelabus. Lost in the fire at Xelabus' depot. 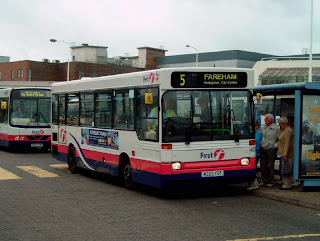 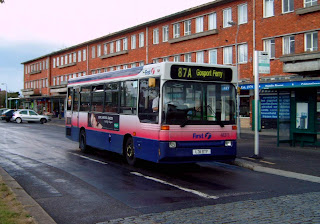 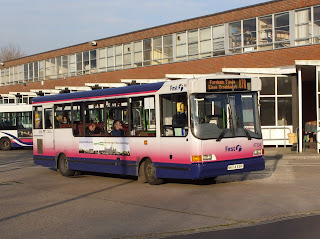 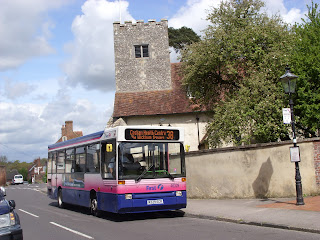 46329 (N329ECR) - Southwick, near Cosham in Hampshire. Pictured in May 2008. The bus is  still in service although Southwick is no longer served by any First Hants & Dorset buses. 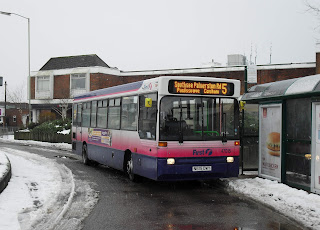 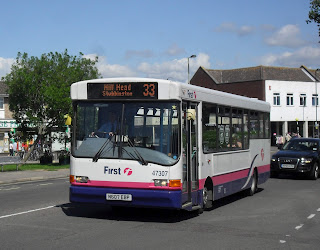 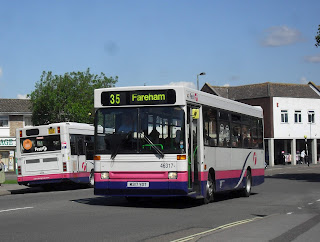 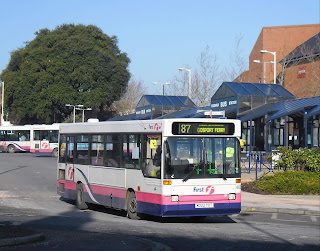 46322 (M322YOT) - Fareham bus station in February 2012. This is one of the buses that is expected to be withdrawn in the next few weeks.
All of the Pointer bodied Darts started life at Southampton Citybus*. all the UVG bodied Darts started life with People's Provincial. The withdrawal of these buses marks a key point in the history of both companies, as both batches represent one of the last major purchases by the independent companies. Three will remain at Hoeford, and Southampton still has N325ECR in service as a paint float cover - it will be interesting to see which buses remain in service in a month's time.
* N615DWY was acquired second hand by Southampton Citybus.
Posted by bus80d at 21:00