Oxford on a Sunday

As you will have been informed by from Monday's Sunday Lost Scenes, I went to Oxford on Sunday 1st April and managed to capture some of the rarer operations on camera. Firstly, I'd like to say that Oxford is still a great place to visit on a Sunday. PVR is down a bit, but the main buses are still out on very good frequencies, and you still come back with a large haul of photos. 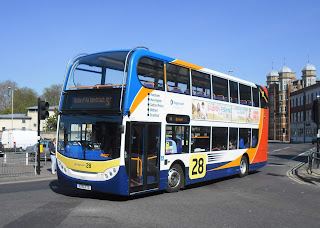 On Sundays, Stagecoach Midlands operate into Oxford, covering 2 buses on the S3's PVR. The Sunday S3 connects Woodstock and Chipping Norton to Oxford at a frequency of every 30 minutes. Branded for route 28 between Stratford and Evesham, here is Scania N230UD/Enviro 400 15673 (KX10KTC) arriving in Oxford on Sunday morning. These buses do not have Wi-Fi fitted - and the timetable makes passengers aware of this. 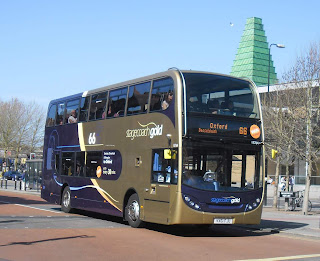 The frequency of the newly Gold-ed 66 between Swindon and Oxford is halved on a Sunday to hourly - here is relatively new Scania 15764 (VX61FJU) arriving outside Oxford railway station on Sunday morning. 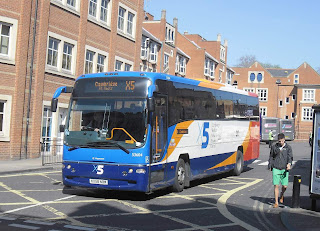 The X5 between Oxford and Cambridge operates half-hourly every day. Here is Stagecoach Beford's 53604 (KX58NBM) - a quick flickr search reveals it to be a Volvo B9R with Plaxton Panther bodywork. I'm not very good with coaches... 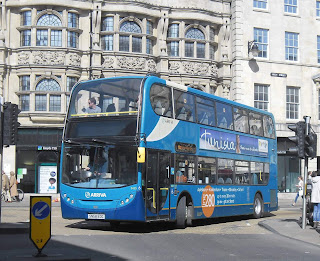 Arriva Shires and Essex still operate into Oxford on a Sunday - although their weekdays 3 an hour route 280 is reduced to only hourly. Here is Enviro400 5435 (SN58EOG) arriving along Oxford High Street on Sunday. 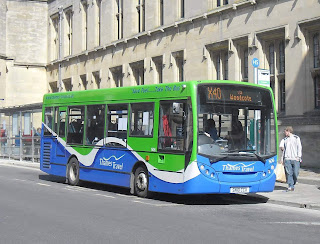 One of Go Ahead's more recent acquisitions is Thames Travel. Thames Travel operate into Oxford on route X40 to Reading on a Sunday (as well as at least one other route) - here is Enviro200 506 (SN10CCX) pictured along St Aldates. 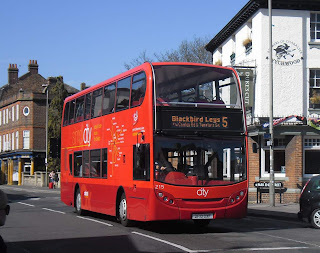 City of Oxford's route 5 from the railway station to Blackbird Leys operates every half hour on a Sunday. This interwork's with Stagecoach's route 1 to provide a 15-minute frequency between the city centre and Blackbird Leys. Here is Enviro400 215 (DF11OXF) along Park End St. 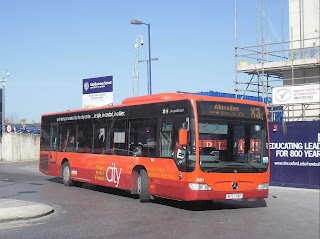 City of Oxford operate many Mercedes-Benz Citaro buses - and there are still a large number about on a Sunday. Here is 861 (BF57OXF) about to head off to Abingdon on the X3. 861 is pictured at Oxford rail station. 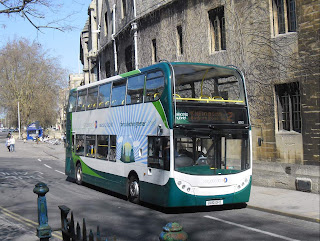 Stagecoach and City of Oxford's Enviro400 Hybrids also operate on a Sunday. Here is 12022 (OU10GFO), pausing between duties on route 2. It is pictured along Magdelin St East. 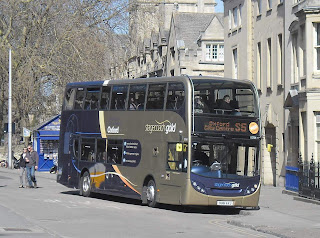 Stagecoach in Oxford have also received some '61' plated Scanias. These have upgraded route S5 to Biscester and resulted in the cascade of existing buses to other fleets (I know Stagecoach South East have taken a number). This is 15754 (OU61AVJ), depositing passengers having just arrived in Oxford.
I hope you have enjoyed this small selection of photos. If you are interested in viewing more, click here to view the collection on my smugmug site. Oxford is well worth a visit at any time - and Sunday is no exception.
Posted by bus80d at 11:00